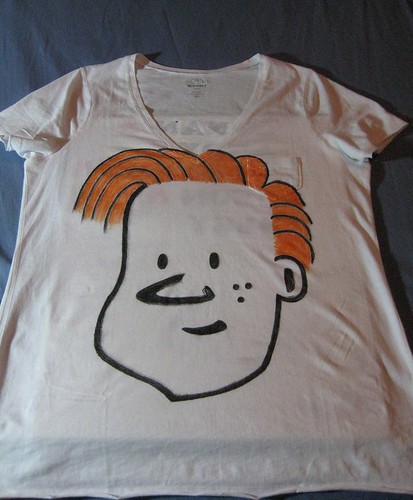 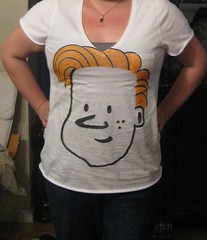 I've just added all of my Christmas/holiday music back to my iPod. I fucking love Christmas music. I'm kind of a misanthrope for most of the year, but the holidays reveal exactly how much of a softy I really am. The holidays, in general, make me happy. I like the cold weather, I like Christmas decorations, I like gift buying, I like gift wrapping, I like "It's a Wonderful Life" (Jimmy Stewart is hotter than people give him credit for) and I LOVE holiday music.

I'll have my 2009 Holiday Music Mix ready in time for Black Friday. It's either holiday music or Michael Jackson in my car after that. Which reminds me, I need to DL the Jackson 5 Christmas album.

I've never been in a fandom with so many wanky flare ups.  Granted, my most recent fandoms have been Private Practice (and we all realize how crappy the show is), Jabbawockeez and [nu]Star Trek.  Maybe I've been spoiled by running in the mellow parts of these fandoms.  But all I want is a place where I can occasionally fangirl without feeling ostracized (and, frankly, without being creeped out by real crazies).   Is that too much to ask?!

In other news, I ran into my friend JR last night.  Actually, he's my BFF's younger cousin.  Anyway, he's a freshman in college and deep in the competitive and underground hip hop dance scenes.  I was ridiculously excited to find out that he discovered the Off the Wall album and Jackson 5/Jacksons era music after Michael Jackson's death, and that "Off the Wall," "Blame It On the Boogie," and "Working Day and Night" are some of his new favorite songs to dance to.  He declared that Off the Wall may be his favorite album ever.  We also bonded a little bit over how shitty commercial radio is, especially hip hop.

*sniff*  Finally, the youth of America makes me proud.  :D  It helps that he's an all around good kid, too.

So I've finally made some non-MJ music purchases:

I 2 I by Powerline (aka Tevin Campbell), from A Goofy Movie

This is the shit.

This was my band in high school, and this is their first new record in 6 years.  I was a Stephen Jenkins fan, even though I was fully aware that he was a pretentious jackass.  I just didn't care.  I still don't, really.  He somehow makes it charming.  I'm a little bummed that two of the "original" members (the 3EB lineup that existed when they hit it big) have left the band, but I suppose these things happen.   Anyway, I haven't been stalking following them like I used to, so the new record is a nice surprise.  Not done absorbing it yet, but Stephen still knows a hook when he hears one.

I think I might be over this season of America's Best Dance Crew already.  The only crew I really like is Rhythm City.  Everyone else is very, very meh.   I know I'm supposed to like Vogue Evolution, but I'm not that impressed by them.  Yes, Leyomi is fierce, but sometimes her foot placements are distractingly awkward, and the crew as a whole definitely needs to sharpen up.

Honestly, the show might've peaked in Season 1 with the MJ Thriller challenged (two of my favorite things:  MJ and Jabba).  Season 2 was ok (Supreme Soul initially put me off with their schtick, but had some great performances.  Fanny Pak and Super Cr3w had some great routines, too).  Season three was very good with a tight competition between Beat Freaks and Quest.  Maybe it's too early to officially call it, but this season looks like the worst of the four.

WTH, can't one of my dance reality shows be good this year?

But something new-ish (for me):

This is a translated blog post, from an Iranian protester.

“Tomorrow is a big day, maybe I’ll get killed tomorrow!”

“I will participate in the demonstrations tomorrow. Maybe they will turn violent. Maybe I will be one of the people who is going to get killed. I’m listening to all my favorite music. I even want to dance to a few songs. I always wanted to have very narrow eyebrows. Yes, maybe I will go to the salon before I go tomorrow! There are a few great movie scenes that I also have to see. I should drop by the library, too. It’s worth to read the poems of Forough and Shamloo again. All family pictures have to be reviewed, too. I have to call my friends as well to say goodbye. All I have are two bookshelves which I told my family who should receive them. I’m two units away from getting my bachelors degree but who cares about that. My mind is very chaotic. I wrote these random sentences for the next generation so they know we were not just emotional and under peer pressure. So they know that we did everything we could to create a better future for them. So they know that our ancestors surrendered to Arabs and Mongols but did not surrender to despotism. This note is dedicated to tomorrow’s children…”

The bravery of these men and women, fighting and dying for their vote.  It humbles me.  It should put the people of this nation to shame.  This is evidence that there is nothing American or Western or Christian about the desire for freedom.  It is a human desire that knows no borders or color or religion.

I pray for these people.  I pray for their safety.  I pray for those that I fear will be killed tomorrow.  I pray that they will not die in vain, that Iran will see a new revolution, as peacefully as possible.  From an a Vietnamese American Catholic:  Allahu Akbar.

I want to see Star Trek again.  I've already seen it twice.  But not yet in an IMAX theater.  Stupid movie, making me love Spock and Kirk and Uhura and Sulu and Chekov and  Scotty.  Yeah, I pretty much loved everyone in this.

And now I can't stop reading ST fan fiction.  Spock/Uhura fanfic, specifically.  It's weird, I cannot get through Spock/Kirk slash fic, but I think Quinto and Pine would make a really adorable couple.    I'm really neutral on Sylar in Heroes, but now I think Zach Quinto is as cute as a button.

I'm in one of my moods.  And its so lonely when all you want is for someone to pay attention to your problems.Or care a little bit.  But there isn't.


And Scrubs didn't help by setting off the water works.

As I shut the door to my bedroom, I think to myself "Do I have my keys?"  *click*  No.  I DO NOT.  So now I have to pay $60 for some guy to come out and pick my lock.  Except it won't open, so he just has to break the doorknob.  Shit.  Now I have to replace the doorknob, too.
Anyway, once I get inside, I accidentally close the door behind me, as I do, and *click* it locks behind me.  The door handles are outside.  But the locked tumblers are still in the door.  I've now locked myself in my bedroom.  At least Anthony was home to break me out.

I wake up later than I intended.  I look around to see why my cell phone didn't go off.  Funny answer.  The phone was in a fucking glass of water.  The night before, I took a glass of water to my bedroom so I could take some pills before sleep.  I set the half-full glass of water down on my nightstand.  It was dark, and I guess when I thought I was setting my phone down in the junk box I happened drop it neatly in the glass.  Idiot.

Later, I leave my lights on while I'm at the movies.  Stupid.  The person parked next to me happens along fairly quickly and offers me a jump.  After successfully starting up my car, I take off the jumper cables I accidentally touch the two metal parts of the clamp together and damn near set myself on fire.

You guys, I am too dumb to live.